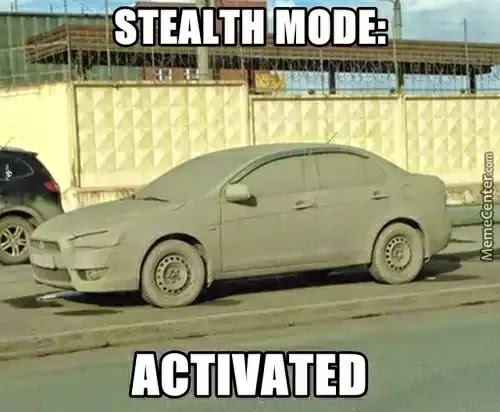 That’s the first time I’ve ever seen a vehicle back out of a carwash drive-through. The kind where the vehicle moves forward as all the brushes, flappers and foam hit it? That truck was covered in foam when the guy hit reverse.

I had no idea you could back out of one of those things without backing over spikes or getting flapped to death. Short of having a panic attack, I can’t imagine why he needed to vacate the place. Oh well, the scene broke the monotony.

I really picked a bad time to get my oil changed and car washed. They’re both related, you know? If I get my oil changed here I get $8 off a $20 car wash. They used to give you a free car wash with an oil change. Do you know why they stopped? The Chinese. The country that supplies 98 percent of all your underwear and farm raised tilapia can pretty much do whatever they want with you.

I could get a cheaper car wash, but then I wouldn’t get the interior cleaned. I don’t mind paying a little more for someone else to dislocate his shoulder while wiping off the interior or digging out tater tots, popcorn and wadded receipts. Oh, and interior windows? Do you realize that each of them is bent outward? That means that at some point while cleaning the back shield, you’ll end up with your left pinky finger wedged into your right ear. You’d have better success cleaning a cat’s teeth with a waterpik.

There was a time when I cleaned my own car. Those times are gone, my friend. They went right after I quit changing my own oil. You can look all through the junk in my utility room and you will not find a single oil filter wrench. To make sure I never went back to changing the oil myself, I got rid of my entire supply of filter wrenches. I tossed ‘em. Uh, recycled them. Yeah, that’s what I did.

So now I pay to have my oil changed by a depressed college-aged kid. This particular young man eventually walked out to greet me with a look that said, “Do you really have to be here?”

Hey, I felt the kid’s pain. I knew he never imagined he’d have to drop out of college so that he could get a job changing oil. I wanted to get out of the car and hug him, but didn’t think it would go over well. – By the way, if you see me moping around, you have my permission to give me a hug. Just try to make sure I’m genuinely moping.

I eventually got to move from the oil change area to the car wash waiting area. The place was packed. The only available seats were one next to a old couple, and one next to two parents with toddlers. Turns out, the old couple were not married. I know that ‘cause I was eavesdropping. Dropping eaves I was while pretending to read the 2013 October issue of “Texas Parks and Wildlife.” Did you know that October is a good time to go down the Brazos? It’s also a good time to dance the Beer Barrel Polka without drawing onlookers.

Anyway, I’m eavesdropping on the conversations between the other two senior citizens, and I hear the man say that before he left the doctor’s office that morning, he asked the doctor for a prescription that would make him 30 years younger?” The man laughed just like he’d told a good joke.

The lady pretended to be genuinely tickled by the remark, but she wasn’t. I can tell stuff like that. One of the hardest acting jobs in the world is pretending to be genuinely amused when you’re not. It’s much easier to pretend anger and sadness than amusement. Looking genuinely amused is tough. Something about the way your feigned smile causes your cheeks to freeze.

Across the way, I noticed one of the toddlers start stumbling towards me. I knew exactly what was going to happen, but the kid’s mother was oblivious. Sure enough the kid fell and bumped his head on a coffee table. I immediately smiled to make him think he wasn’t hurt, and then I reached over and gently patted his head. It’s probably against the law to do that. Fortunately, the little kid smiled back at me. And, his mother seemed good with it. Sometimes the planets are lined up perfectly.

All and all, it was not that bad an oil change experience. Of course, I did need to replace an air filter. It didn’t look all that bad to me, but what do I know about air filters? What does anybody know?

As I exited the parking lot, I got my usual sense of elation. It happens to me after each oil change and car wash. I get a similar feeling when I’ve completed an article. I’m just glad that this time I forgot to bring a book to read. Had I been in the middle of my Western, I would not have been so observant and I would’ve ended up writing about something entirely different. As it is, I took time to study some people and pretty much let them write this thing for me. I’ve got to tell you, though, the article would’ve been a lot more interesting if, from the very beginning, I had hugged the oil changer kid. – Next time.

mark@rooftopwriter.com
Posted by Mark Hayter at 11:20 AM 3 comments: 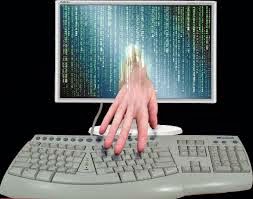 It finally happened to me. If it hasn’t happened to you, it will. Oh, it’s gonna happen all right. Obviously I’m referring to ear obstructions. No, that was months ago. Seems like. This week we’re talking about identity theft.

I’m bringing it up, ‘cause someone somewhere is pretending to be me, and I’m fairly sure he’s doing a better job of it. Just look at me. Would you trade places? What I’m sayin’?

I was made aware of the charade just yesterday. When I got home I discovered a voice message from a computer sounding person. She said that some odd transactions were discovered on my Discover Card. Suggested I call and talk to Donny in Manipur. (I assumed that’s who it would be.) Or, I could go on line and not have to talk to anyone.

I was given a code to use in reference to my particular odd buying behavior. At no time did the computer ask for it. It wanted some numbers right off my card. And, asked if my grandpa on my Mom’s side was bald. Somebody asked that. I think it was Discover.

It sounded to me as if the computer was trying to steal my identity. I played along, ‘cause… well, sheeesh, I was already out there. I didn’t know how many Marks there were.

The computer eventually spit out three recent purchases. Each was made within a two day period. Two of ‘em were made at Sam’s Club. That’s the only place I use my Discover Card, ‘cause it’s the only one that’s accepted at the checkout. They’ll take anything at the gas pump, but they’re real particular about what you use to purchase your five-gallon can of coffee creamer. Why do places jerk us around like that?

Let’s see… oh, yeah, the third Discovery Card transaction had been made that very day. One of me had purchased something at The Muse Hotel. Something that cost $3.65. I was pretty sure it wasn’t the “me” who lives where I do. Could’ve been Kay, but then she seldom goes to hotel rooms without me.

No, this was odd all right. I instantly Googled the Muse Hotel to determine if it looked like I might’ve enjoyed myself for $3.65. The Hotel was in Bangkok. That’s like in Thailand. It’s at Langsuan Rd, Lumpini, Pathumwan, Bangkok, Thailand  10330. That ruled out Kay. I figured that the purchases at Sam’s of the rotisserie chicken on Tuesday and the case of diced tomatoes on Wednesday were legitimate purchases. But, the Bangkok Hotel smelled a bit fishy.

At that point the computer said that it was necessary I call and talk to a real person. I knew this was going to get messy somewhere.  It took me several minutes to key in the numbers that the computerized telephone voice required. At one point I was making up numbers. Eventually I was informed me that my conversation might be recorded. That’s when I heard him. Said his name was “Chad.” From his accent, I surmised that he was from Omsk. They pronounced their “R”s backwards there. And, there are no Chad’s in Omsk. A lot of Larrys.

Chad didn’t stay with me long. As soon as I picked the Muse Hotel, he told me that he would need to deactivate my card. I asked if there were a lot of calls about Muse Hotel purchases. He pretended not to understand what I asked. “What u mein. Kiksnov?”

You have no idea how close I came to letting the whole thing ride. Logic being, whoever had stolen my identity wasn’t spending all that much. It took well over $3.65 of my time and effort to deal with the problem. But, who knows when the other “me” might reserve the honeymoon suite? Or buy a Vespa. No, I did the right thing.

Unfortunately, this is going to happen again. Oh, yes it will. There is no way we are safe from hackers. One way or the other, you’re going to get got. Stealing used to be so much less covert.

Yes, thievery has gotten so much more sophisticated. The most successful thieves don’t care if you lock your doors or leave your wallet in the front seat of your car. They don’t even have to be on the same continent. Muse Hotel in Bangkok? I don’t see how the other “me” could’ve enjoyed himself on only $3.65. I’m just glad it wasn’t Kay who was using the Discovery card in Bangkok.