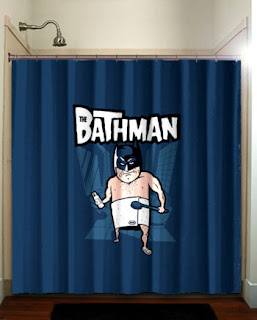 It is amazing how much Kay has taught me over the past couple of weeks. She’s been a veritable “Hints from Heloise” and “Flo the Fix-it girl” combined. I’d let her tell the story, but she’s out of town taking care of a sick relative. One of the in-laws. I would’ve gone with her, but she didn’t want me to. I never question stuff like that.

Anyway, what Kay taught me could actually save lives. I doubt it could save a marriage, but one of the things I learned could keep some of you from marrying the wrong person. -- That’s a “tease”, meant to make you think this is going to get a lot better. It’s like on the news when the anchor person says, “Back in a minute with a story about the horse that kept a cruise ship from sinking.” After a four minute commercial break, you learn that the story was really about a boy who has a pet gopher.

So, where was I? Oh, yeah. Do you remember the storm we had last week with the wind and rain and lightning? Perhaps it was just at my house. Regardless, the storm yanked our entire neighborhood off the electrical grid. When the power was eventually restored, not everything in the house was working. I woke up to find that the refrigerator light was off. I can survive without a light in the fridge, but apparently the light has something to do with keeping the refrigerator cool. I’m pretty smart myself.

So, I immediately put my pants and shoes on (in that order) and went out to check the breaker box. It was at that point I discovered that the refrigerator has its own breaker. That thing must pull some serious amps. Anyway, the switch was off. So were the ones for the garage, the living room and the utility room. I flipped ‘em all back on and returned feeling as if I had saved myself a monstrous electrician’s bill.

Turns out, the refrigerator worked, but not the toaster or my Keurig coffee machine. Neither of the wall plugs had the little trip switch on ‘em, so I assumed that the outside breakers were fried.

Life had not hit bottom until Kay came in said that her hair dryer wasn’t working. Life as we knew it was over. I told her to take a few deep breaths, calm down and make herself some toast.

I then decided to check on the garage door opener, since the garage breaker had been one of the ones that cut off. Sure enough the opener was dead. So, I put my shoes and pants back on(not in that order), went out and flipped the main power switch off and on. Didn’t help. Intuitively, I got on YouTube to see how to replace a breaker.

Forty minutes later, I decided I was too dumb to play around in the breaker box. Not, to worry, an hour later Kay came into my study and told me of a possible solution. She said she heard a guy on YouTube say that it only takes one wall plug safety switch to cut off power to several other plugs. Sure enough, one wall plug in the kitchen, the garage and the guest bathroom were tripped. Once reset, all the other plugs came alive. The dance of joy lasted about 3 minutes. Kay gets tired pretty fast.

The lesson learned here is that it’s best to know nothing about a problem than it is to know just enough to make it complicated. I had researched “how to replace a breaker,” while Kay googled “hairdryer won’t work”

Which brings us to the “tease” portion of this broadcast.  Remember? I said I would tell some of you how to keep you from marrying the wrong person? Here goes. Step one: Buy your significant other a squeegee. Step two: Have them shower in one of those walk in showers that has the glass doors. If you don’t have one, go to your neighbor’s house.

Step three: As soon as they cut the water off they need to start using the squeegee to get the water droplets off the shower interior. At this point, you need to enter the bathroom take a look at what’s happening. Neither of you need worry, because the view is in no way going to be a turn-on. Once you get an eyeful, leave the room.
Step four: Switch places and repeat process. After you’ve both dried and dressed, meet at the dining table and each of you answer this one question: Does the memory of that view give you cause to worry about your ability to live with that person for the rest of your life?

I came up with this test while applying the squeegee to Kay’s shower. She won’t let me use it unless I agree to squeegee the thing afterwards. Her showerhead has the strongest pressure, so I occasionally use it. The last time I squeegeed that thing she stepped in to tell me that, according to Good Housekeeping Magazine, you can use a towel up to three times before having to wash it. As soon as she looked up to get my reaction, she shielded her eyes with the magazine, and said she needed to go out of town.

Mark can be contacted at hayter.mark@gmail.com. An archive of Hayter’s articles can be found at http://markhayterscolumn.blogspot.com
Posted by Mark Hayter at 10:28 AM No comments: