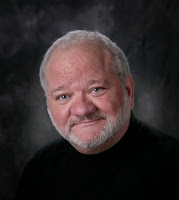 Behold: A Linus Christmas
Of all the stupid ideas that ever surfaced in the mind of a high school drama teacher, Miss Pinckney managed to conjure the stupidest of all. Oddly enough, the ones who witnessed the implementation of her idea thought it sheer genius. They were allowed that slanted viewpoint because they merely witnessed what happened and were not directly involved.

In December of 1981, Miss Barbara Pinckney was in charge of the performances of Central High School’s Christmas Pageant. The choir, the orchestra, the dancers, and the drama students who were performing a spoof on “A Charlie Brown Christmas”, Miss Pinckney was responsible for directing the whole thing.

The production was in its last two weeks of rehearsals when Pinckney got the ridiculous notion to find a little kid who would walk on stage at the end of the show and deliver the lines that Charlie Brown’s friend, Linus, delivered in “A Charlie Brown Christmas.” You know? The part where Linus explains what Christmas is all about? “Behold, I bring you good tidings…”
Luke 2: 8-14.

Miss Pinckney contacted Mrs. Selma Page, the music teacher at Sutton Elementary, in hope of locating a gifted, cute-looking first or second grader who might be able to convincingly portray Linus. Right off the bat, Mrs. Page, ruled out the possibility of any first grader being suitable. The first graders of ’81-’82 were an odd lot.

However, Mrs. Page, knew of a pleasant and teachable second grader who might be able to do the job. It certainly didn’t hurt that the kid had a voice that could be mistaken for cuteness. The kid was David Weller. That’d be me. I was the poor sap pegged to play the part of Linus. And, you want to know the craziest thing about that? I actually agreed to do it.

My mother was all gaga over the idea. Her son had been selected from the entire field of elementary students to be in a high school play! My Daddy was more realistic. – “You sure you wanna do this, son? Look, your mother and me won’t feel bad at all if you decide to pull out of this.”

Lance, my big brother, did nothing but joke about the thought of me performing on a stage in front high school students. In front of anyone, for that matter.  Lance was a junior at Central High, and was obviously afraid I’d botch the whole scene, and people would poke fun at him for having a stupid brother.

It took me a week to memorize the Bible passage Linus delivered. I spent the next week trying to get my voice right. Since Linus was a cartoon figure, the kid who dubbed his voice was reading the lines. I had to memorize the words, and if I messed up on stage, Mom would cry and Lance would kill me.

Miss Pinckney gave Mom a picture of Linus wearing a green knitted sock cap and holding onto a small blue blanket. Mom matched the clothing as best she could. I must admit that I became one with Linus.

I was allowed to skip school for three afternoons so Mom could drive me over to Central High to rehearse in front of Miss Pinckney. She told me to quit trying to sound cute, that my natural voice was perfect. She demonstrated some hand gestures I might use as I spoke my lines. I’m here to tell you that it’s impossible to gesture properly while clutching a blue blanket.

Miss Pinckney even added lines. I was supposed to walk on the stage in the dark. When I got to the center of stage I was supposed to say, “Lights, please.” Two new words I had to remember. After delivering all my lines, I was supposed to wait for two seconds and then say, “And that’s what Christmas is all about, Charlie Brown.” Can you believe that? At the last minute the woman is throwing extra stuff at me. The stupid blanket, alone, was going to drive me nuts.

At 10:47 Friday morning, the curtain came down after the last performance, to the applause from the packed auditorium of high school students. Suddenly, the lights were dimmed to dark. That caught the kids off guard. Some of them started making ghost sounds. “Whoooo!” At that moment, Miss Pinckney coaxed me onto the stage. I had no idea it was going to be that dark. She should’ve rehearsed me for that.

The audience, spying a small dark shadow approach center stage, got quiet. All that could be heard was my heart beating. I stood there for a few seconds. At one point I could hear Miss Pinckney off stage going “Psst.” I had no idea what I was supposed to say.

Finally, Pinckney gave up on the thought of me saying, “Lights, Please.” Suddenly, the spot light hit me. -- Wham! -- There I was… a frozen kid wearing a green sock hat, clutching a blue blanket and shaking like a Chihuahua locked in a fridge. I would’ve swallowed real hard had I managed to find enough spit. I don’t know how long I stood mute. I couldn’t move. I later realized that the reason I couldn’t swallow was because all my saliva had turned to tears and was dispatched to my eyes. I can’t be certain I was crying. Tears were just streaming down my cheeks, but I wasn’t sobbing or anything.

Some little pockets of laughter began to filter through the audience. Off stage I heard Miss. Pinckney loudly whisper, “And there were in the same country.” – Nothing. I had nothing. At the age of seven I was experiencing the fifth level of hell.  I could hear Miss Pinckney’s footsteps as she approached center stage. She decided to stop after noticing a figure walking up the aisle, stage right. (It was later that I learned the stage lingo.) The person climbed the steps to the stage and entered the circle of light that held me captive. Lance put his hand on my shoulder drew me to his side and whispered, “It’s okay, Mugs.”

He said to the audience, “If you had any idea how many times I heard my kid brother deliver his lines, it’d make you freak.” The audience laughed a rather awkward laugh. “I could say the lines to you right now, but it wouldn’t sound near as good.

“My brother is now experiencing a moment that will live through infamy. I remember the word “infamy” because of the great job Mr. Delaney did telling us about Pearl Harbor, last week. ‘December 7th, a date that will live in infamy.’ Thanks, Mr. Delaney”. -- There were a few hoots from the crowd.

Lance looked down at me and said, loud enough for all to hear, “I hope you get Mr. Delaney when you get to high school, David. He’s cool. And, might give me extra credit for saying so.” The audience’s laugh was more genuine that time. There were even a few “Whoop, whoops!”

Lance continued. “All in all, I think this year’s Christmas play was pretty good, don’t you?” Everyone cheered. “Better than last year when Reggie did that odd elf routine. Stand up, Reggie, you crazy man!” The auditorium lights came on as Reggie stood to the cheers of his classmates.

“That’s enough. Sit down, Reggie. Yep, it was a good Christmas performance. Christmas? That’s something that is as confusing as all get out to me. It is one odd story. You’ve got your these wise men. What’s that all about?  Guys riding around on camels stopping every once in awhile to say something smart.” Laughter.

“Following a star? How do you follow a star? If you haven’t noticed, they’re slow!” -- More laughter. Lance was killin’ ‘em. -- “A barn, a manger and swaddling clothes? I’m not sure about the manger, but I have absolutely no idea what swaddling clothes are?” -- Again with the laughter. – “What’s Frankincense? And, Myrrh? Who gives a baby myrrh?

“But, let’s face it. It’s all tied to the story called Christmas… the story none of us can really understand, and many of us don’t believe. Some of you may remember Mrs. Crane telling us in English Literature class that ‘Everybody believes in something. Even if you believe in nothing, that’s something.’ Mrs. Crane, I understood that for all of two seconds. But, I’m sure it applies to something, because everything applies to something. Even nothing.” – Much more laughter.

I’ve got to tell you, though, there is one thing I certainly believe. In fact, I know it. My kid brother nailed his lines at home. I’m just sorry you didn’t get a chance to hear him deliver ‘em.

“But, it’s no big deal to me.  This little guy right here is my brother, and he could start slobbering and mooing like a cow and I’d still love him. So would our mom and dad… and, more importantly… I know that the person that Christmas is all about would love him no matter what he did.  That’s what I believe.” -- You wouldn’t believe the applause Lance got for saying that. From high school students, no less! Soon everyone was standing.

Lance, took my hand and said, “Come on, Mugs. Showtime’s over.” He started to escort me off the stage, but I asked him if I could try again to say my lines. He looked stage left to Miss Pinckney. She smiled big and nodded. Lance said, “Go for it.”

“And there were in the same country shepherds abiding in the field, keeping watch over their flock by night. And, lo, the angel of the Lord came upon them, and the glory of the Lord shone round about them: and they were sore afraid.
“And the angel said unto them, Fear not: for, behold, I bring you good tidings of great joy, which shall be to all people. For unto you is born this day in the city of David a Savior, which is Christ the Lord. And this shall be a sign unto you; Ye shall find the babe wrapped in swaddling clothes, lying in a manger.
“And suddenly there was with the angel a multitude of the heavenly host praising God, and saying, ‘Glory to God in the highest, and on earth peace, good will toward men.’”

I paused a full four seconds before ending with, “That’s what Christmas is all about, Charlie Brown.”
Again everyone stood up cheering. The curtain opened and all the cast and people in the choir and orchestra came out and started waving and yelling. The girls started hugging me, and the guys were trying to give high fives, uh, when they weren’t trying to get hugs from the girls.
The performance later that night delivered to the parents got off without a hitch. You’re not going to believe it, but Miss Pinckney wanted me pretend to forget my lines, so Lance could come up again and spike up the ending. I had no desire to do that. Lance told Miss Pinckney that the words just came to him for one moment, and that he couldn’t reenact the scene even if he wanted to.
It was indeed the proudest of moments for me. Not my part of the event, you understand? It was what Lance did… what he said. I was so proud of my big brother. Still am. This Sunday, all of the Weller family is meeting at Mom and Dad’s for Christmas. At some point Lance and I will recite Linus’s lines. It’s somehow become a family tradition. You know how that goes. – By the way, Merry Christmas, from all the Hayters! And, peace on earth, goodwill toward men.


mark@rooftopwriter.com – Please tune in on Wednesdays at noon to listen to Mark and Kay on “Hanging with the Hayters”. --  104.5 and 106.1 FM as well as at www.irlonestar.com.
end
Posted by Mark Hayter at 5:27 PM No comments: