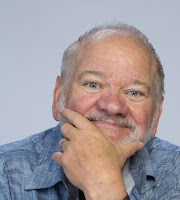 Before we get too swallowed up in 2017, we should probably take a moment to reflect on what happened last year. That’s only wise. Try to remember what worked and what didn’t. If it didn’t work, perhaps I need not experiment with it again.

One of our nation’s greatest spokespersons,
Will Rogers, once said, “There are three kinds of men; The ones that learn by reading. The few who learn by observation. The rest of them have to pee on the electric fence and find out for themselves.” That always gets me right here. And here.

Even though I’m not all that excited about a journey into last year, Will Rogers is dragging my mangy rump in that direction. Since I don’t have time to review the history of the world in 2016, I thought I’d delve into what happened to me last year. – Sit down! Nobody leaves! Okay, then.

Last year started with a stupid idea I had about New Years resolutions. Obviously, I was blind to its stupidity. I thought it’d be great if Kay and I started off 2016 resolving for one another. I would make her resolutions for her and she’d do mine.

Kay resolved that I would cut down on the space used for preparing coffee. I was taking up half our counter space with coffee making stuff. She measured. Kay gave me a month to take care of the job. In February, she gave up on my resolve and did the job herself. Now, my coffee stuff takes up only one-eighth of our counter space. She tossed and boxed some important stuff.

As far as my resolutions for Kay, she didn’t do any of ‘em. I resolved that she should start painting again in 2016. The girl has got artistic talent. She didn’t paint a thing. She did start making jewelry, though. Another of her talents, that does me absolutely no good at all.

I also had Kay resolve to put stuff away when she’s through with it. Cereal boxes, magazines, advertisements, those round bands that you tie your hair up with. She can make my coffee supplies disappear, but can’t manage to dispose of stuff when she’s through with it. This resolution went unresolved. -- Bottom line? Don’t make New Years resolutions for your spouse. It’ll be like doing something stupid to an electric fence.

Last year, Kay and I went on a diet. It took me four months to lose 50 pounds. Kay lost 40. That diet taught me a very important lesson. Are you ready? – Achieving a weight-loss goal does not mean the diet is over. A diet ends at death. Same with chronic constipation.

What else? Last year, we had the Pokemon craze. Fortunately, it died before I got involved. Same with streaking at college. Unfortunately, I didn’t realize that at the time.

Last year, Kay had to have another tomato garden. It required digging and applying bags of fertilizer and mulch. Afterward I had to construct a barrier against deer and rodents. I couldn’t keep out the birds. I had no idea birds liked tomatoes. The neighbor’s cats don’t like tomatoes. They hang around the bird feeder, but won’t even approach the tomato garden. There could be 100 birds eating green tomatoes not 50 feet away, yet the cats would be sitting beneath an unoccupied bird feeder. Heaven help us if cats ever get into politics.

In September of 2016, Kay and I started a weekly radio talk show, “Hanging with the Hayters.” The talking part of a talk show is fun. However, the administrative duties and the research and prepping are a pain in the rear. It’s a lot like teaching in that respect, only I don’t have as many parent conferences. One of us is pulling one whale of a load.

I’d ask Kay to do more, but I’m afraid she’d quit. I’d have to find someone else to work with. “Hanging with Hayter and Whoever” wouldn’t make it. Whoever would end up hating me for being too bossy. Which is absolutely crazy because “along with” I’m so easy to get. (That’s what happens when I apply correct grammar. My computer doesn’t even recognize it.)

What else? Oh yeah, my sister, Susan, married Col. Don, and they both came down from Washington state to visit with the family. By the way, Susan’s Christmas card this year included one of those family newsletters. I think they’re doing just fine. I had to leave ‘em somewhere in the middle of the thing. I don’t get all that interested in hearing about people who appear to be getting more fun out of life than I am. And, that’s the very reason that I’m able to maintain any readership at all. After wading through my articles, readers generally start feeling better about themselves.

Hey, I do what I can to brighten the corner where you are. Regardless of my whining, I must say that I am right now in a good place. I think I shall try to improve it just a bit by ending this with another quote from Will Rogers. -- “Never miss a good chance to shut up.” – Next time.