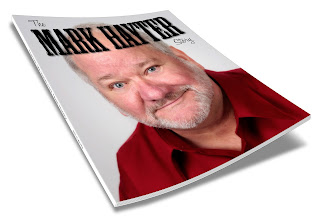 ROOFTOP – Tell you what, let’s give the latecomers a few more minutes to find us. The first roofsit of the year is generally a big draw… for those few who enjoy sitting on a metal roof in late January.

Had I started before dusk I would’ve had you notice how nice the yard looks. We’ve had some strong winds of late, and there were limbs all over the place. This morning, I got my tarp out and started dragging it across the yard. That’s how I pick up limbs. A wheel barrow is not good for toting limbs, so I toss tree debris on my tarp and drag it to the burning pile. Occasionally, I’ll grab a cat or two just to teach ‘em a little respect. Those things see me as no threat.

I was tempted once to write Heloise about my ingenious way of using a tarp to haul off limbs, leaves and cats. However, I realize her readers are more into coffee cans and clothes pins. Did you know that some people actually use ziplock bags to hold spare buttons? That’s not nearly as surprising as the thought that some people actually think they’re the first ones to think up alternative uses for ziplocks.

I guess I should’ve lit the burn pile tonight. Seems someone else within our Smell Zone has a fire going.  I doubt it’s a campfire because nobody camps out in this neighborhood. I should know, because on nights that I camp out, I walk around to see if anyone is as childish as I am. (That’s fake news. If I walked around at night, someone would shoot me after being awaken by the dog that was chewing on me.)

At the moment, I think it’s best we take advantage of this crisp, clear night to look heavenward. Right now, it’s so dark that I can’t even see Melvin’s hand in front of my face. – Quit it! What did I tell you about horseplay on the roof, Melvin?

Once again, the brightest light in the moonless night sky is Venus. Do you have any idea how long a day on Venus is? Of course you don’t. It takes 243 earth days for Venus to spin around one time. That’s not the weird part, though. While it takes earth a tad over 365 days to orbit the sun, it takes Venus 225 earth-days to complete its orbit around the sun. In other words, a day on Venus is 18 earth-days longer that its year.

A fascinating planet, Venus. It’s the evening and morning star, you know? I believe it was the Egyptians who called Venus a star. This was back when people didn’t know a planet from a fig. Nowadays, we know a lot about planets. In fact we now know that Pluto isn’t one.

Turns out, Pluto does not meet planetary qualifications. Yes, it’s round and revolves around the sun. However, it doesn’t meet the third qualification. Pluto has not cleaned up the neighborhood in its orbit. – What?

Pluto is a big rock in a gravitational field of other big rocks. In fact, there’s a rock behind Pluto that’s bigger than it is. Yet it’s not considered a planet because it’s circling the sun in an asteroid belt. Now, earth has cleared its neighborhood. Over a few billion years, earth’s gravitational pull has drawn in practically everything its vicinity. The only things keeping up with us are the moon, a bunch of satellites that we’ve launched, and some wrenches and lug nuts that escaped the grip of some astronauts.

So, Pluto is orbiting with a bunch of trash, thus relieving it of its planetary title. Pluto’s official name is now 134340. (That’s true news.) All of our books and sky charts will need to be changed, and all extraterrestrials will need to be notified of our mistake.

Wait! Hold onto your toast! Turns out that last year Professor Mike Brown, announced his discovery of our real ninth planet. Planet Nine is 40 billion miles further from the sun than Big Rock 134340.

It’s so far away that Prof. Brown hasn’t even seen it. He discovered it through the use of math. Seems something is affecting the movement of Neptune and the rest of the planets. If you’ve been feeling a little odd lately, it’s likely due to Planet Nine. Brown mathematically proved that the gravitational anomaly affecting the eight planets is caused by a planet 20 times the size of earth.

Planet Nine has yet to be officially named. I believe Mike Brown is hoping it will be named after his dog, Flaffy. (Fake news.) Assuming the person who finds a planet gets to name it, Brown could wisely sell the name to the highest bidder. With that in mind, our new ninth planet could end up being called “Budweiser.”

Hokey smokes! Do you see what’s happened here? We’re outta time! So many things left unsaid. Tell you what, what say you call home and tell your significant other that you’re camping out with Hayter? I’ll bring some pillows up here, get some crackers, peanut butter and cold drinks. We’ll have a rooftop campout. We’ll sleep on a slant.

Round about 3:00 a.m. we’ll take a walk around the neighborhood. There’s bound to be safety in numbers. We’ll let Melvin take the lead. – Next time.
end
mark@rooftopwriter.com – Please tune in on Wednesdays at noon to listen to Mark and Kay on “Hanging with the Hayters”. --  FM 104.5 and 106.1 as well as at www.irlonestar.com.