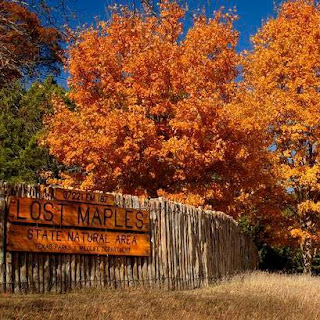 Kay and I are going on a trip this fall, and it doesn’t matter what I say. That’s a good indication that at some point this fall I will be spending a couple nights in a bed other than my own.

I can deal with that. I HAVE dealt with that. I’ve slept in many a bed not my own. (I’ll revisit that statement later and probably edit it out.) Back in 1970, Fred Musgrove and I once spent the night in $6-a-night hotel in downtown Winnfield, Louisiana. We would’ve gotten separate rooms, but were too scared to room alone.

When we checked in, we were checked over by about 15 guys in the lobby who had 38 teeth among ‘em. I think they were curious by the fact that we were both wearing shirts. Truth is, we were doing some forestry research for SFA, and had spent all but $10 of our daily per diem on meals.

The restroom for the entire third floor of the hotel was about five doors down..  Speaking of doors, ours would not shut nor lock. Musgrove managed to wedge a chair against it. It was about 90 degrees in the fanless room, and we slept fully clothed atop the bedspread. Other than the heat and the smell, the only other disturbance came at around 3:00 a.m. when the ghost of Huey P. Long appeared in the corner of the room. I lost a lot of respect for Governor Long that night.

I brought up this story because it was related to sleeping in a different locale. It had nothing to do with the notion that Kay and I might visit Winnfield, Lousiana this fall. That’s not happening no matter what Kay says.

Point is, we don’t know where we’re going. Kay keeps mentioning a trip to Lost Maples State Natural Area. I thought it was a State Park, but it’s officially called a “Natural Area.” I’m assuming they changed the name after managing to clear out all of the unnatural stuff from the Park.

The Lost Maples aren’t really lost, you understand? They’re about eight miles north of Vanderpool. The only thing lost out there is the area north of Lost Maples. You’ll see next to nothing for the next 200 miles to Abilene.

To stay over night in the area of Lost Maples, I think you have to either camp out or rent a cabin near Vanderpool that has beds made out of cow horns. You ask me, “rustic” is not much of a draw. I was born and raised in rustic. And, I experienced the epitome of rustic while in Winnfield, LA. (See above.)

Lost Maples may be the best place for us. I just don’t know. Kay and I have been all over Texas. Other than the misplaced maples, I doubt there’s anything we haven’t seen in this state. I take that back. This evening we met some friends for a burger at JAX over on College Park. During our—What? Yes it was a good burger. May I continue?

During our two-hour visit, our friends mentioned the Five Painted Churches of Schulenburg. (The town name has several pronunciations. The most accurate I’ve found is “Shoe-limb-bursitis.” The very reason I didn’t take German in High School.) Kay and I have passed through Schulenberg more than once. We never spent a great deal of time looking at painted church buildings, though, ‘cause we just assumed ALL of them were painted. You see one painted church, you’ve seen ‘em all.

When we got home from the good burger place, I googled “Painted Churches.” (That’s a crime in most states.) Anyway, I discovered that practically all of the church buildings in Shoe Town are painted. It’s just that five of them are spectacularly ornate. Definitely worth seeing. So, there’s a chance we could visit both the Painted Churches and the Lost Maples in one trip. That way we’ll circumvent Winnfield, LA altogether.

You wanna know what’s crazy? I’ll tell you what’s crazy. Jill is also taking a Texas vacation this fall, and she’s going by herself. She enjoys travelling alone. Jill can stop anywhere she wants. She doesn’t have to argue over where to eat or what to see. And, she can get lost without yelling at herself. In fact, Jill told me that getting lost is part of the fun of a trip. Is it any wonder I love my sister?

Jill has had her route mapped out since February. Among her stops will be Cedar Creek, where she’ll see Ms. Pearl the Giant Squirrel. She’ll go to Elroy to see the giant smiley-face water tower. She plans to see a giant spider sculpture in Austin and an eight-acre corn maze in Rocky Creek. They even have a corn cannon. I’ve never seen a corn cannon. And, I’m sure I’ll be able to repeat that fact on my deathbed.

I used to plan trips pretty much the way Jill does. Somewhere down the line, I discovered that the actual trip never measured up to the planning. To keep from any further disappointment, I let Kay plan our trips. So far, she doesn’t know when we’re going or exactly where we’re going… just that we’re going. Lost Maples, Schulemberg, Pancake, Texas (Population 11)…

I’m leaning toward Pancake on a Friday night. I’m curious to see their high school marching band. – Next time.